On Saturday, June 22, 2019 article called “Media in and of Middle Eastern Television” edited by Nour Halabi and Christa Salamandra was published. It is a special issue of Middle East Critique, frankly about the outcome on media of the mass uprisings that spread through the Middle East in 2011.

The succession of social movements that have followed, sparked a burgeoning of academic interest in the politics of Middle Eastern media and analysts have focused on the role social media has played in these phenomena, debating whether protests should be considered ‘Twitter Revolutions’ or ‘Facebook Revolutions.’

User-generated media has displaced television in academic literature, but not in the Middle East itself, where TV drama forms the primary platform for sociopolitical commentary. Television serials and their production worlds offer a unique vantage point from which to study social and cultural life. 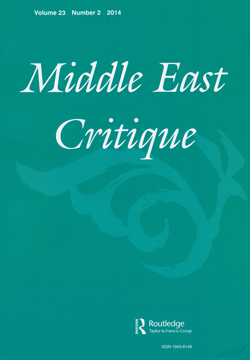 Contributors from a variety of disciplines analyze case studies from the region’s leading drama industries.