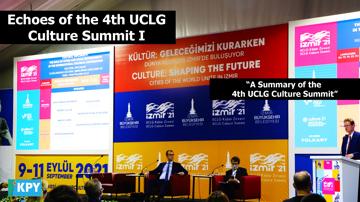 A Summary of the 4th UCLG Culture Summit

The 4th UCLG (United Cities and Local Governments) Culture Summit took place in Izmir (Turkey) on 9-11 September 2021, hosted by the Metropolitan Municipality of Izmir with the participation of 864 speakers from 65 countries.

The online launch of the Summit was held on 10 June 2021 including an institutional welcome, a conversation on the cultural impact of Covid-19, messages from actors of Izmir and UCLG, and the explanation of the main topics of the Summit.

The Culture Committee of the UCLG organizes an International Award on Cultural Policies and the global Summit on Culture every two years since 2015. The previous Summits were held in Bilbao (2015), Jeju (2017) and Buenos Aires (2019). 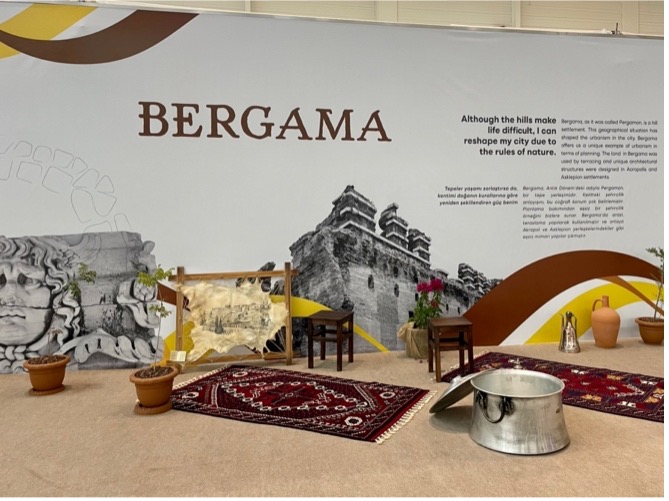 There were six plenary sessions throughout the Summit. At the opening plenary session, titled “Culture, Care, Health and Environment in the Post Covid-19 Era” and moderated by Emilia Saiz, the UCLG Secretary General, Tunç Soyer, Mayor of Izmir, emphasized “the four pillars of circular culture as harmony with nature, with the past, with each other and with the change”. Louisa Vinton, Resident Representative, United Nations Development Programme (UNDP) in Turkey; Rosanna Binacchi, Director of International Relations, Ministry of Culture of Italy, representing the Chair of G-20; Ekrem İmamoğlu, Mayor of Istanbul; Uğur İbrahim Altay, Mayor of Konya, and UCLG Co-president; Yavuz Selim Köşger, Governor of İzmir and Mehmet Nuri Ersoy, Minister of Culture and Tourism, Republic of Turkey also participated to the opening session of the first day of the Summit. Each participant stated culture as the fourth pillar of sustainable development. 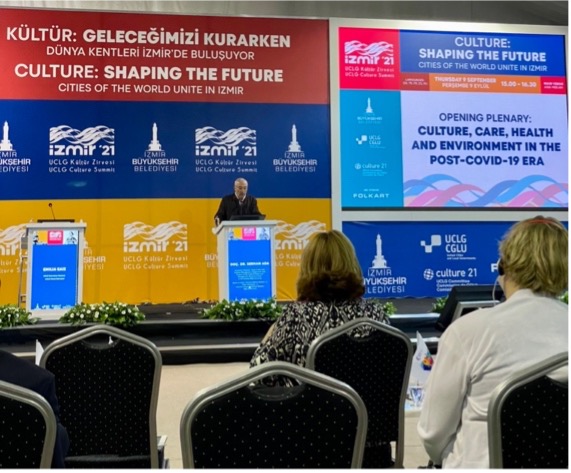 Two keynote speeches were conducted at the end of the session by ecofeminist activist Vandana Shiva, Director of the Research Foundation for Science, Technology and Natural Resource Policy (RFSTN), and associate professor Serhan Ada, Head of Arts and Cultural Management Department and Director of the Cultural Policy and Management Research Center at the İstanbul Bilgi University. Shiva pointed out that “cities can be the drivers of change in production systems by moving consumption systems into sustainability”. Ada stressed the crucial need to “focus on what kinds of actions can be taken by cities of smaller- scale”. He continued with “when it comes to cultural activities, there are two more criteria that we need to take into consideration; perhaps even more than social and economic impact, and those are ecology and public health”. Also, he pointed out the need for a new language and new concepts in order to overcome the characteristics of the Anthropocene.

The first day of the Summit also included sessions on ‘Local Governments and Cultural Heritage’, ‘The Cultural Power of UCLG Sections’, ‘The Cultural Diversity in the Creative Economy’, and ‘Covid-19 and Cultural Policies: Impact + Innovation’. Especially ‘The Cultural Diversity in the Creative Economy’ session had great importance due to the International Year of Creative Economy for Sustainable Development (2021) and included a keynote speech by Nicolas Buchoud, President, Grand Paris Alliance for Metropolitan Development, who stressed that urban infrastructure, resources, heritage, and trade are some of the dimensions that cannot be separated from the agenda of the creative economy. 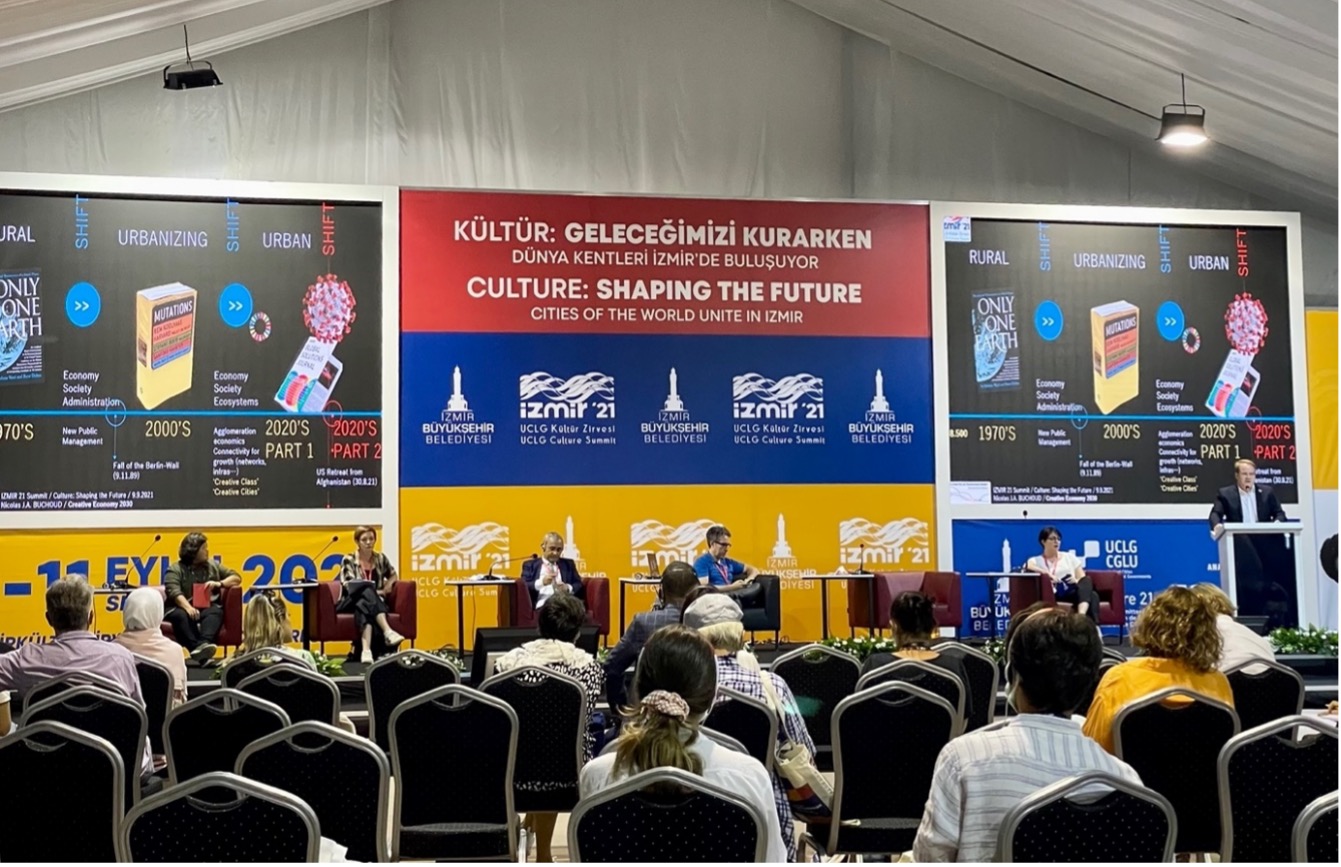 The second day of the Summit began with the plenary session, entitled “Cultural Diplomacy: The Role of Cities and Local Governments in the International Cultural Cooperation”, which included cities, culture, and cultural diplomacy as three main subjects of this session. It continued with another plenary on culture and gender equality which was moderated by Bernadia Tjandradewi, Secretary General of UCLG-ASPAC, with the keynote speech of Farida Shaheed, Director of the Shirkat Gah-Women’s Resource Center and Former UN Special Rapporteur in the field of Cultural Rights, who addressed some recommendations for local governments and leaders in terms of gender equality and culture. In her keynote speech, she emphasized that “local governments have a responsibility to make city narratives, dynamics and institutions more gender-equal, inclusive and democratic”. Culture has a vital role to make improvements and to reduce inequalities.

The third plenary entitled ‘Cultural Rights and Communities: The Rome Charter’, was facilitated by Luca Trifone, Diplomatic Advisor to the Mayor of Rome and Prof. Dr. Asu Aksoy, İstanbul Bilgi University, Arts and Cultural Management Department, was one of the speakers of this session. Aksoy underlined the need for “public spaces for the participation of as many voices as possible”. The second day of the Summit also included several sessions on ‘Culture and Sustainable Tourism’, ‘The Vision 2021-2030 of the #Culture2030goal Campaign’, ‘Public Spaces, Urban Planning and Design’, and ‘Cittaslow Metropolis’. 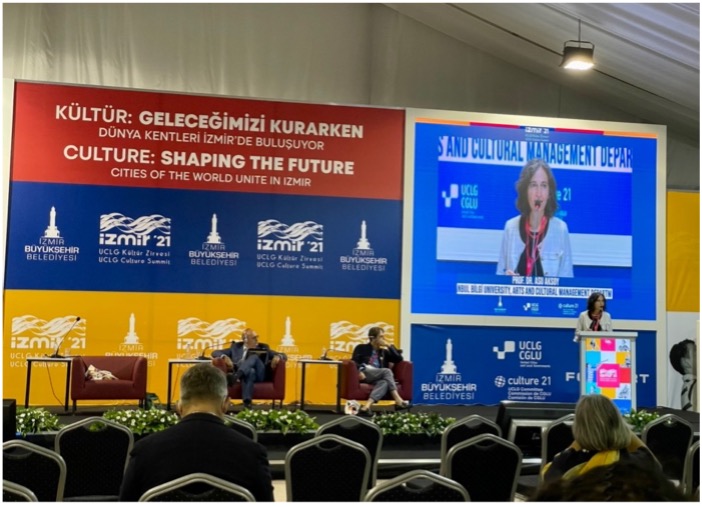 The closing plenary session of the 4th UCLG Culture Summit was titled ‘Towards a Culture Goal’ which started with a video message from Ernesto Ottone, Assistant Director-General for Culture Sector, UNESCO, who stated that “in the face of the pandemic, cities have demonstrated resilience and responsiveness, devising and implementing effective measures and initiatives”. The Secretary General of UCLG, Emilia Saiz, stressed that “The Izmir Declaration is going to be our instrument for social change”. Tunç Soyer, Mayor of Izmir, reaffirmed that “The Izmir Declaration, which is the most important outcome of the Summit, will have a great contribution in shaping the future of our planet”.

In addition to the sessions, live music and dance performances embodying the cultural aspects of Izmir were conducted in the breaks of sessions during the Summit as well as at the end of the closing plenary session. The inclusion of the cultural characteristics of Izmir within the programme provided an opportunity to introduce Izmir to the international participants of the Summit.

The role of culture for sustainable development as well as local development, the importance of active participation of citizens and inclusive policies, the enhancement of cultural cooperation at the local and international level, the potential of cities in order to start an action, the protection and promotion of cultural rights and the need of new models-concepts-questions were some of the highlights that were underlined by participants of the UCLG Culture Summit.

Deniz Diniz Ozan, independent researcher. She completed her bachelor’s degree at the Industrial Design Department of the Izmir University of Economics. She attended Event Design and Experience Design programs at the University of the Arts London Central Saint Martins. She worked in various design and cultural institutions and conducted several workshops on the use of design thinking method in the development of cultural activities. In 2021, she completed her master’s thesis titled “Design in Creative Industries: Creative Industries Fund NL and The Case of Turkey” within the scope of the Istanbul Bilgi University Cultural Management MA Program. Her research interests include creative industries, cultural policies and design strategies of local governments.